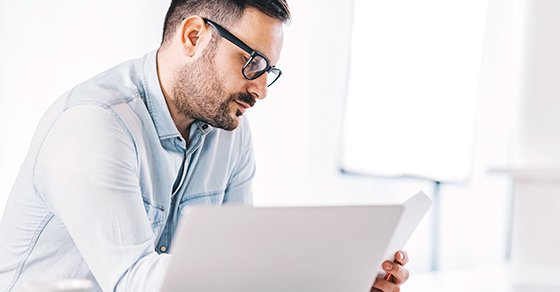 A spending policy is the formula used to determine how much of the value of investments a nonprofit organization will tap each year for such expenses as operating costs and capital projects. Although it’s usually a good idea to stick with an established spending policy, circumstances may warrant changes.

There’s no one-size-fits-all optimal spending policy. But five general types have emerged — each with pros and cons:

1. Fixed rate. Also known as the simple spending rule, this approach specifies a spending rate you apply annually to the beginning-period market value of your nonprofit’s investment portfolio. It’s simple to understand and apply but can result in big swings in spending from one year to the next based on the investment portfolio’s performance. In a multi-year period of strong investment performance, the fixed-rate approach can lead to the highest spending increases compared with alternative techniques. This may undermine the portfolio’s growth. It also could be problematic in years when the beginning-period portfolio value was likely at a high point but may have dropped significantly as the year progressed.

2. Rolling average. Here, your organization would apply a spending rate to a moving market value average of its investment portfolio, usually determined over a three-year period. A rolling average helps ensure more consistency in spending from year to year. But it’s vulnerable to market volatility and could dictate more spending than would be wise in a year when the portfolio value has dropped substantially.

3. Inflation-based. With this method, you set an initial dollar amount for spending, and then adjust it annually for inflation. This method can simplify budgeting, stabilize spending and help grow your investment portfolio because the spending amounts tend to be smaller. But it doesn’t take into account your portfolio’s market value. And it can facilitate more spending in challenging times when compared with the rolling average method. This also could be problematic in years when there’s high inflation and your portfolio may have experienced a significant drop in value as higher expenses will use a larger percentage of your portfolio.

4. Geometric spending. The formula for geometric spending is complicated, but it reflects movement in both inflation and the market. Although it can be difficult to calculate, a geometric spending rule reduces volatility between years and can lessen the impact of market declines on spending. Nonprofits that have chosen this type of spending policy might find that they’re in a better position to weather market drops and high inflation.

5. Hybrid. This approach typically considers both inflation and market value. Using it, a large chunk of your yearly spending is based on an inflation adjustment to the previous year’s spending. The remainder is based on, for example, the application of a fixed rate to your portfolio’s market value or a percentage of the rolling-average rule amount. Hybrid spending policies tend to result in stable spending.

If you don’t know which approach makes the best sense for your nonprofit or whether you should switch to a different policy, contact us. We can review such factors as your financial assumptions, available resources, and long-term goals to help ensure you’ve arrived at a spending policy that works in good times and bad.