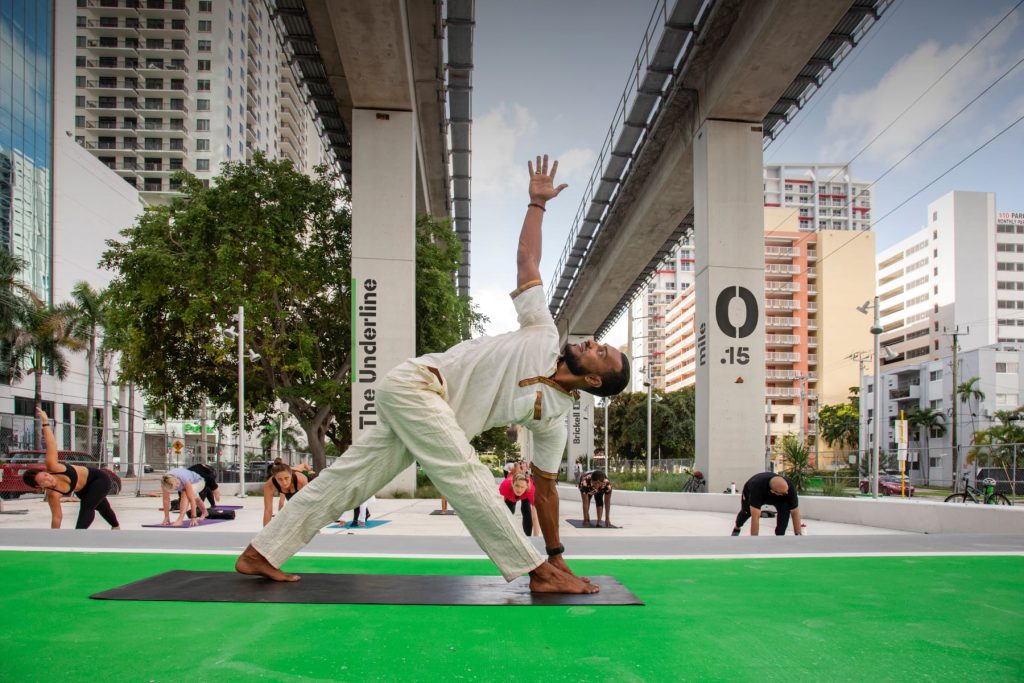 Seven years ago, Friends of The Underline (FUL) began as Meg Daly’s vision to transform the neglected land beneath the Miami Metrorail into a 10-mile linear park that connects the community from Miami River to Dadeland South. This year, after raising more than $110 million toward construction, The Underline opened its first phase located on a half-mile stretch in Downtown Miami called the Brickell Backyard! The second phase (2.2 miles running from Brickell to Coconut Grove) of The Underline will begin construction this summer, and the third phase is being advertised for a design-build contract this May. From the very beginning of the concept, FUL hosted programs such as bike rides, performances, and yoga to build the support of our multimodal trail. Before there was an Underline, we had hundreds of people volunteering to help advance the vision.

Once complete, The Underline will serve as a connector to businesses, residents, and neighborhoods with its impact zone serving over 9 million transit users annually, 250,000 residents, 106,000 jobs, 14,000 businesses, 30,000 university students, staff, and faculty, and 50,000 K-12 students from 24 schools. Miami experiences significant cultural, racial, and economic distributional inequities. The Underline will be a cultural connector bridging Miami’s diverse fabric, where 77% of households speak a language other than English and almost 25% live at or below 200% of the federal poverty level. The Underline’s ½ mile impact zone includes mostly working-class families with 30% of households earning less than $35,000/year. The Underline is cultivating a fertile common ground that brings residents together regardless of age, race, ethnicity, or socioeconomic background. The age distribution for our target population is the following: 18% are 0-19, 45% are 20-44, 23% are 45-64, and 14% are 65+.

For more information about The Underline, visit www.theunderline.org